Case Law – Social Media and the world of work

LHR Airport was found not to be liable for the act of one of its employees sharing an image that was racially offensive on her personal social media Facebook Page by the EAT. In so doing the EAT commented that identifying whether an act was carried out ‘in the course of employment’ is becoming more challenging in today’s world of social media and that making that decision would be for the tribunal to decide as a matter of fact.

F was a security officer for LHR who complained to the tribunal of harassment, victimisation and discrimination because he raised a concern with regards to working with a colleague (S) who had shared an image of a golliwog on her personal Facebook page. The image had been shared on her private page with her list of friends. F was not one of these friends. However, W was and subsequently showed the image to F.

F was offended by the image and raised his concern with his line manager. The line manager accepted that S had shared the picture because it reminded her of a childhood memory and advised F that no further action would be taken unless a formal complaint was made. F submitted the formal complaint and a further investigation was undertaken which upheld F’s complaint.

A disciplinary hearing found that while S was apologetic and agreed to mediation, the act was sufficiently serious to warrant a final written warning for conduct contrary to LHR’s dignity at work policy.

Subsequently, F was rostered to work alongside S to which he objected. F was then moved to work at another location without any explanation. This upset F who was then signed off sick for a number of months and shortly prior to his return to work F issued proceedings before the Tribunal. 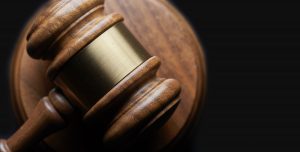 The Tribunal ruled that whilst it found that S had shared an image on social media that was capable of giving rise to offence on racial origin grounds, she was found not to have done so in the course of her employment with LHR. F appealed.

The EAT, in its Judgement, considered the leading authorities with regards to vicarious liability. In doing so, it stressed the importance of identifying whether the act complained of could reasonably be construed as having been carried out ‘in the course of employment’. It concluded that S had shared the offensive image on her personal Facebook page, with her private list of friends only one of whom was a work colleague, and this was not F. S shared the image using personal technology outside of the workplace. The fact that LHR had disciplined S and issued a final written warning, did not bring the act into ‘the course of S’s employment’. Therefore, F’s appeal was dismissed. LHR was not vicariously liable for S’s act.

A distinction was made, however. The EAT indicated that the decision may have been different had the original harassment complaint from F been made against W for showing him the image in the workplace. It is possible that the act of showing F the image could be capable of being done ‘in the course of W’s employment’. As this was not the case, this issue was not examined further.

Need help with employment law or HR? Why not contact us and see what SEE can do for you.